Next Up Nation Podcast for Podcasters

How Randy Silver Will Change More Lives with Mamba Mentality 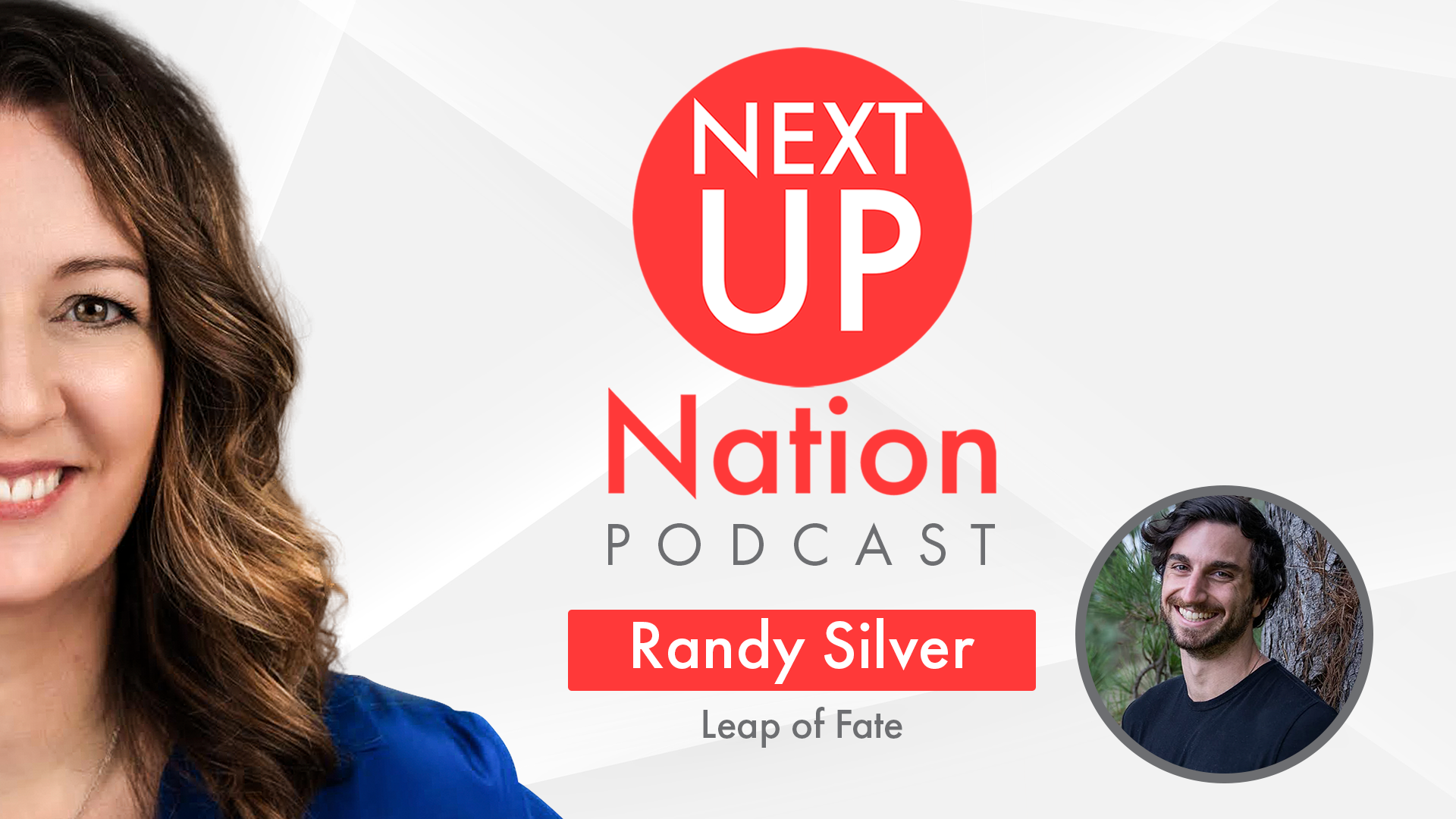 Randy Silver has been working hard to build his audience for Leap of Fate in the past year, and he’s seen success with remarketing. Tune in to the end of the recording when host Tiffany Youngren shares Randy’s best strategy moving forward!

Leap of Fate has released 49 episodes, podcast episodes from May 25, 2020, through the day he was interviewed on the Next Up Nation podcast, May 11, 2021. Randy says that its purpose is to instill self-belief in yourself to strive for greatness via the Mamba mentality. The goal of his channel is to galvanize and enable you to achieve your goals.

When the Host of Leap of Fate, Randy Silver, was given the choice to get an actionable next step towards gaining Preeminence or Profit, he currently prioritizes PREEMINENCE: Growing the Podcast Audience and Increasing Credibility

Part 1: The WHY Behind Randy Silver’s Podcast, Leap of Fate

Charles Barkley, another NBA player. During the pandemic, he was on TNT and talking about how everybody’s life sucks: 1% of the world’s lives are awesome. 99% of them suck without sports being there to take us away for 2-3 hours a weekend or day to get our minds off things that aren’t going well in our own personal lives.

Here’s what Randy had to say about that: “I was just like, you know what, this is such a pessimistic mindset.

“I’m definitely not a one-percenter. I’m not in that category whatsoever, and my life does not suck. I love my life. I’m having such a great life. I have so many people in my network who I know are in the same vein.

That gave him the AHA moment to start the podcast and YouTube channel to share the message that you don’t need to be Uber rich or in the 1% and not have a terrible life.

Randy always had an idea of wanting to start his own podcast but it wasn’t until he became serious about the concept that he finally took action. He gave himself a weekend, locked himself in a room, and read up on podcasts for beginners from YouTube University. And so within a few days, Randy was ready with your new show!

Part 2: WHO Randy Silver Considers the Ideal Audience for Leap of Fate

Every guest on the Leap of Fate Podcast has Mamba mentality in their life. They’ve overcome some type of adversity to achieve success; it’s not easy, but when you stay and persevere with hard work for what matters most – making your dreams reality – anything is possible!

Part 3: WHAT is Working Now to Get More Listeners to the Leap of Fate Podcast

Podcaster Randy Silver releases a new podcast episode every week, and someone can learn something new from that interview. He tries to make his show in a way where it’s not a chronological day-over-day experience so the listener can go back in time nine months ago and find that it still is relevant today.

The show is interesting because it doesn’t just rehash the headlines. It’s someone sharing their story, and I can also build that audience by bringing recurring guests back on.

According to Randy, it’s a good idea to bring back guests from time to time because this will make the audience feel invested in your story and what you’re building.

For example, one of Randy’s best friends, Sean Leviton from Awear is a recurring guest on the show. He started his own clothing company, among other things, and returns to the podcast every four or six months.

Now the listeners and viewers are invested in not just Randy, but they’re invested in his guests who come on now that they’re building that rapport. So that’s how he’s been able to really build the brand and help people out that way, which I think some people probably don’t do sometimes.

Most podcasters want PREEMINENCE, to be well known and respected in their industry, and PROFIT.

To do that, you need to either be famous or, if you’re not quite famous, you need to nail the 4 P’s of Podcaster Preeminence to really become a thought leader in your industry through an influencer platform like podcasting:

#1: What Randy Silver is Doing Well

These are things that Next Up Nation Podcast Host, Tiffany Youngren, observed that Randy is doing well based on what he’s accomplished with his podcast, Leap of Fate:

#2: Some Areas of Opportunity for Leap of Fate Podcast

Here is a list of opportunities that Tiffany sees for Randy to build his audience over time.

It is important to set priorities and not attempt to do too many things all at once. Items like these aren’t necessarily urgent but could leverage what’s already working by seeing quicker results more quickly than if you were doing it on your own.

#3: The Best Action Step for a Bigger Audience and More Credibility in the Next 30 Days

As she says at the end of each interview, “If I were boss of the world and could make you do one thing to grow your podcast in 30 days, this is what it would be.”

About the Hot Seat Series

The Hot Seat Series showcases one ambitious podcaster who interviews guests, has released MORE than 10 episodes and has a vision for his or her show.

Why OMH Agency Features Articles from Next Up Nation

OMH Agency produces Next Up Nation and shares the best content here on our website to provide you with the best tips and tools to grow your show in less time.

Sharing this content with you here supports our vision to help 100 ambitious podcasters go from dabbling to dominating in the next 100 days.

Quickly Compare Your Current Marketing with the Opportunities that Await

How Quickly Can You Grow?

Whether you’re sustaining or you want to scale, the signature platform we aptly title “ConvertDash” streamlines communication and management to generate leads, convert prospects into customers, and nurture clients. Many tedious processes are automated, saving 10+ hours a week! Check out how this is done on a SINGLE PLATFORM: