Next Up Nation Podcast for Podcasters

Richard Wilmore has been producing “The Richard Wilmore Show” as a Talk/Variety Show providing musicians, actors, authors, comedians, and creative people a stage since August of 2016.

The Richard Wilmore show has released 140 episodes from August 29 of 2016 until the day of this recording, which is August 18, 2021. Richard is a son, a brother, an ex-husband, a talk show host, and a coffee snob.

Richard’s purpose was to create a space for creative people of all sorts to have fun and a platform.

Richard describes, “I wanted to create a space that the Rosie O’Donnell Show did for me in the 90s. It was like a safe, fun laugh on our laughter where it didn’t matter. It was sort of like where all the misfits went to right like, and all the theater kids and all they were playing games, and everyone from the audience to the guests were having fun.”. His personal history informs that further. He reveals, “I was the kid who grew up who needed laughter. I grew up my dad got really sick. When I was in second grade. My mom got sick and my dad was sick almost my entire childhood. So there was a lot of hospital visits and there was a lot of living with grandparents and I needed sort of an escape, which is what the arts do for people that you know it’s a complete escape.”.

Part 2: The WHO Richard Wilmore sees as the Audience for his show

Richard thought his audience would be middle-aged women, but it turns out that a lot of his audience is male. “I think it’s the theater kids, and it’s the comics, and it’s just the fun people who want a little party in the middle of the day.”

Part 3: The WHAT Richard Wilmore is Doing to Grow His Audience

Richard talks about how they felt when their show first started and how it was everything to them. He says, “I would upload it to YouTube, and I would put the YouTube link on Facebook, and then I would just sit there and watch to see if anybody was watching every five minutes. I was checking YouTube to see and then I realized at that time it didn’t matter those who put those to me who needed to find it would find it.” He states, “I have to put out the best product I can. So every show I try to improve something and I just try to put out the best I can. I’m now figuring out different like, algorithms with Facebook, I can watch the views. “

Richard is trying to improve their show by looking at who is watching which episodes. He’s shocked at the number of people who are still watching their old content as opposed to new content. He’s doing the best of the last four seasons. And so I’m looking at who’s watching what episodes.

Many podcasters want to be well-known and respected in their industry and often strive to become thought leaders through podcasts.

Richard knows his PURPOSE and his audience/PEOPLE.

To optimize the PROMOTION of your show she suggests the use of a blog, mailing list, and pursuit of sponsorship to earn PROCEEDS (or Profit) to Pay for Help.

Tiffany believes that having an assistant or a team to help him produce and manage his podcast is a great investment.

Tiffany says, “Number three is promotion, optimizing the promotion of your show, and then ultimately earn proceeds or profit to pay for help to pay for production, to pay for you to be able to do this for a living, instead of piecemealing everything together like you are and being scrappy, so that you can be that overnight success and tenure in the 10 years that it takes to be an overnight success.”

Tiffany points to, “if you have a developed social media strategy, and you’ve got a blog that is you’re controlling, and you’re, you know, you’ve got listeners signing up, you can say like about this many listeners, you’re building an email list. And then you go to a sponsor and you like, look, you can go and you can sponsor these podcasts that have, you know, 400,000 listeners who don’t who aren’t engaged, but this is what my listeners do.” as ways to involve sponsors to pay for production.

Tiffany suggests, “And one thing I didn’t even talk about was this idea of using your show, to bring out that conversation of, you know, getting sponsors without feeling like you’re trying to sell and things like that, I think one area of opportunity, just kind of going back to that might be to develop out a way to communicate with your guests so that they can refer people that they think would be good sponsors because then you have an introduction.” to approach sponsors successfully through communications with guests.

#1: What the Richard Wilmore is Doing Well

#2: Some Areas of Opportunity for The Richard Wilmore Show

The opportunities Tiffany believes Richard can use to grow his audience include:

Additionally, the show should pursue sponsorship to increase revenues.

#3: The Best Action Step for a Bigger Audience and More Credibility in the Next 30 Days

If I could only persuade you to do one thing, it would be to start a blog with a call to action and have someone pay for it so they are sponsoring the site. Then have the blog article written after that. Doing this will result in more people visiting there, so you should include the video on top of the page since it will turn each page into a landing page.

About the Hot Seat Series

The Hot Seat Series focuses on one ambitious podcaster who has conducted interviews with guests, produced more than 10 episodes, and has big ambitions for his or her program.

Why OMH Agency Features Articles from Next Up Nation

“Next Up Nation” is a podcast project by the OMH Agency. Its goal is to produce and share the greatest material here on our website to help you develop your program in less time.

Sharing this material with you here helps us to reach our goal of assisting 100 ambitious podcasters to dominate in 100 days. 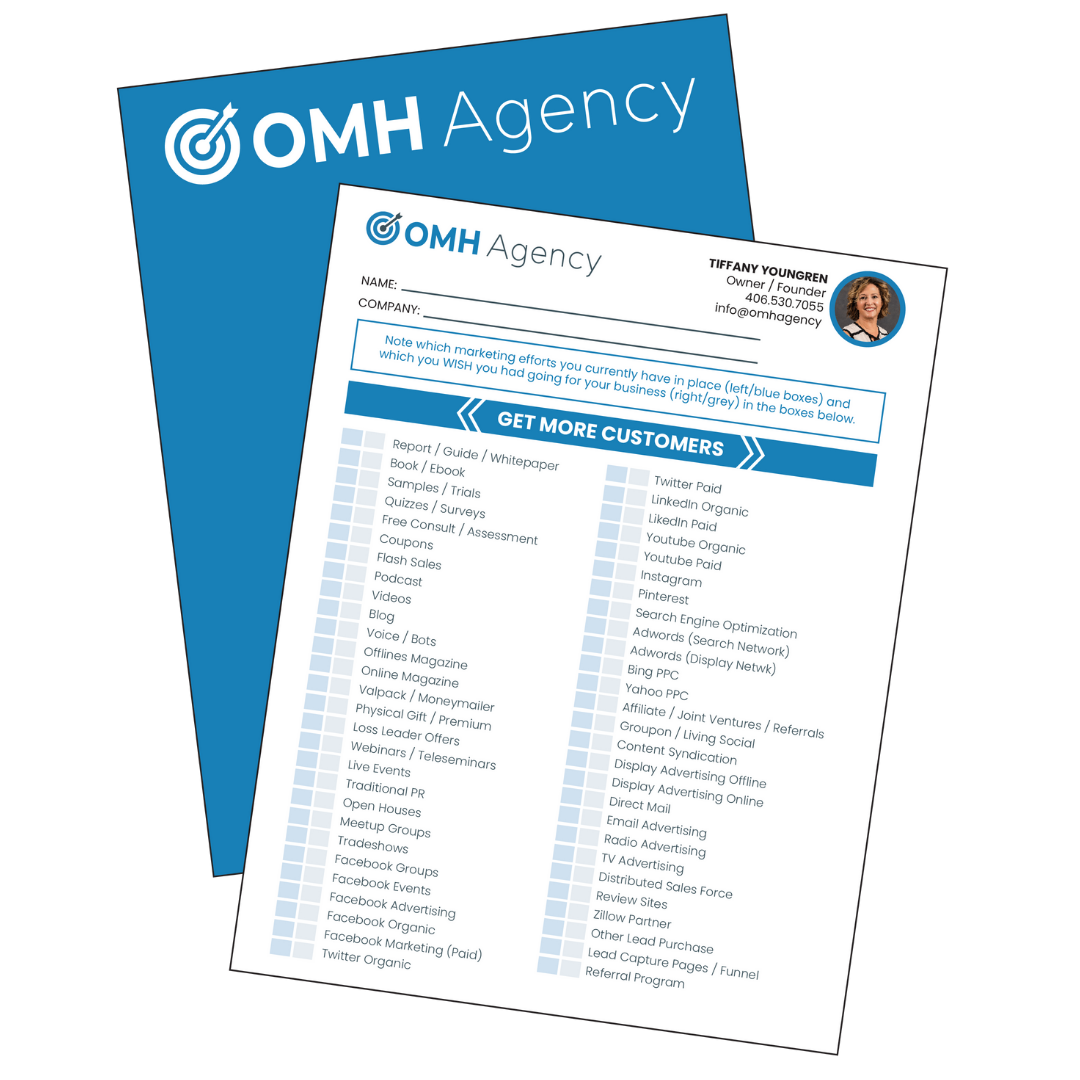 Quickly Compare Your Current Marketing with the Opportunities that Await

How Quickly Can You Grow?

Whether you’re sustaining or you want to scale, the signature platform we aptly title “ConvertDash” streamlines communication and management to generate leads, convert prospects into customers, and nurture clients. Many tedious processes are automated, saving 10+ hours a week! Check out how this is done on a SINGLE PLATFORM: